Class History and Class Practices in the Periphery of Capitalism 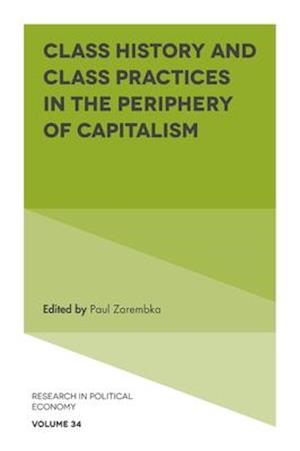 Only after World War II did scholars move to theorize the distinction between the core countries at the center of capitalism and peripheral countries, often with an added distinction to include the semi-peripheral. Immanuel Wallerstein's World Systems approach has been particularly important and led the term periphery into common scholarly parlance. Not surprisingly, much work remains to be done to untangle the extreme diversity and complexity of the political economies and resistances against the multidimensional cruelties perpetrated in the world's many, very different peripheral contexts.

Class History and Class Practices in the Periphery of Capitalism addresses this need head-on. A first chapter lays a theoretical groundwork by showing that Marx, in his later life, became aware that historical developments are much more complicated than he originally conceived them to be, and he was not as far away from calling for site-specific analyses. Contributions here carry out just such analyses: they describe specificities for Russia, Portugal, Argentina, and Mexico, offer broader perspectives on post-hegemonic Latin America and Asia, provide detailed analyses of resistances across Africa, and reflect on the deeper meaning of neozapatismo for promoting a shift in the entire terrain of discussion.

Rich in theoretical depth and empirical rigor, and supplemented by an out-of-the-archive translation of Karl Katusky's theory of crises, this book is essential reading for students and scholars of political economy and international political economy, and it is of keen interest to anyone working to resist specific capitalist exploitations in their own place and time.