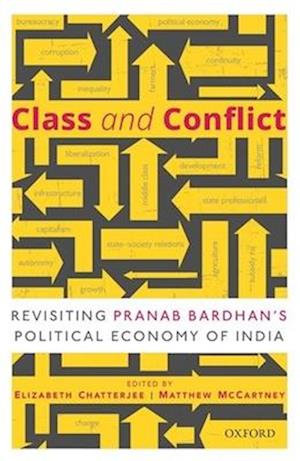 In 1984, Pranab Bardhan published his classic work The Political Economy of Development in India (PEDI). It went on to become one of the most influential references on the political economy of development in the pre-reform period of independent India. Class and Conflict reflects on the enduring influence of Bardhan's original publication in the context of post-liberalization developments in India. Drawing on their own world-leading research, the contributors to thisvolume engage with a wide range of issues, such as whether big business dominates India today, how subsidies retard economic growth, and how the middle classes are transforming politics. Together they try to answer the big question: what has really changed in the political and economic climate of thecountry over the last 30 years? Exploring the continuities and changes that have characterized India's political economy since 1984, this volume takes stock of the main challenges of India's economic development today. It contributes to current debates on economic growth, crony capitalism, agrarian crisis, the politics of class and caste, and the role of the state in a liberalizing economy.