Clara at the Door with a Revolver

- The Scandalous Black Suspect, the Exemplary White Son, and the Murder That Shocked Toronto 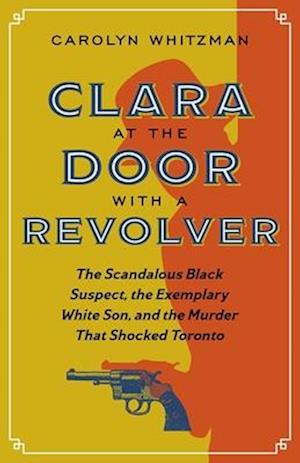 The story of bigotry, passion, and cold-blooded murder that centers on one of Canada's most controversial true-crime figures.

In the autumnal darkness of October 6, 1894, an unseen figure rang the doorbell at the Parkdale home of a well-to-do Toronto family and then shot Frank Westwood in his doorway.

Weeks later, Clara Ford, a Black tailor and single mother, was arrested for the killing. Known for her impeccable work ethic, resolute personality, and her predilection for wearing men's attire, she confessed to the murder. But as the details of her arrest and her complex connection to the Westwood family emerged, Clara recanted, testifying that she was coerced by police into a false confession.

Carolyn Whitzman tells the compelling story of a courageous Black woman living in nineteenth-century Toronto and paints a portrait of a city and a society that have not changed enough in one hundred twenty-five years.