Civilization and the Culture of Science

indgår i serie Science and the Shaping of Modernity 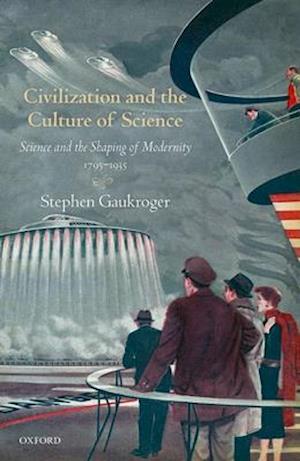 How did science come to have such a central place in Western culture? How did cognitive values-and subsequently moral, political, and social ones-come to be modelled around scientific values? In Civilization and the Culture of Science, Stephen Gaukroger explores how these values were shaped and how they began, in turn, to shape those of society. The core nineteenth- and twentieth-century development is that in which science comes to take centre stage indetermining ideas of civilization, displacing Christianity in this role. Christianity had provided a unifying thread in the study of the world, however, and science had to match this, which it did through the project of the unity of the sciences. The standing of science came to rest or fall on this question,which the book sets out to show in detail is essentially ideological, not something that arose from developments within the sciences, which remained pluralistic and modular. A crucial ingredient in this process was a fundamental rethinking of the relations between science and ethics, economics, philosophy, and engineering. In his engaging description of this transition to a scientific modernity, Gaukroger examines five of the issues which underpinned this shift in detail: changes in theunderstanding of civilization; the push to unify the sciences; the rise of the idea of the limits of scientific understanding; the concepts of 'applied' and 'popular' science; and the way in which the public was shaped in a scientific image.

Forfattere
Bibliotekernes beskrivelse How did science come to have such a central place in Western culture? How did our ways of thinking, and our moral, political, and social values, come to be modelled around scientific values? Stephen Gaukroger traces the story of how these values developed, and how they influenced society and culture from the 19th to the mid-20th century.