Civilization and Modernization - Proceedings of the Russian-Chinese Conference 2012

- Civilization and Modernization - Proceedings of the Russian- 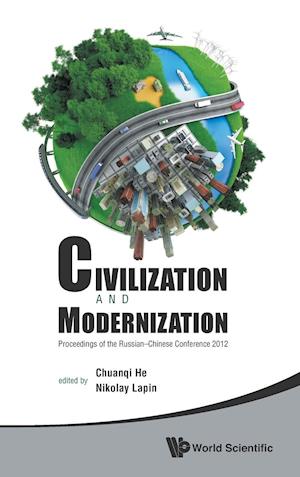 Modernization has been a profound change of human civilizations - a worldwide phenomenon and trend since the 18th century. It includes not only the great change and transformation from traditional to modern politics, economy, society and culture, but also all human development and the rational protection of the natural environment at present. It has changed not only people's lives in many aspects, but also the strategic pattern of world system.At present, modernization is not only a worldwide phenomenon, but also a development goal of many countries. It is a common responsibility of the world scientific community to study the principles, explain the phenomenon and serve to reach goals of modernization.The Russian-Chinese Scientific Conference on Civilization and Modernization (the first of its kind) was held at the Institute of Philosophy of the Russian Academy of Sciences (RAS) from 29 to 30 May 2012. Leading experts from the Institute of Philosophy RAS, the China Centre for Modernization Research of the Chinese Academy of Sciences (CAS), the Institute of Sociology RAS and the Institute of Social and Economic Problems of Territories RAS, of Kursk and Tyumen state universities, and other research centers took part in the conference.The conference focused on two issues: civilization and modernization, and global and regional modernization, part one and part two respectively of the proceedings. Twenty one papers in total were presented and they are collected here in this volume.