The Civilian Oversight of Policing 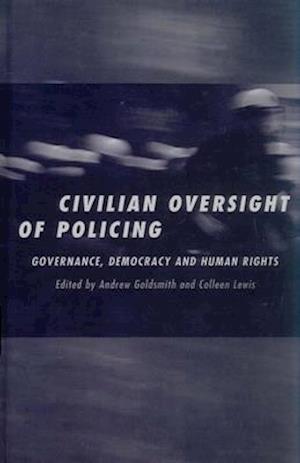 How the police are policed is no longer just a domestic issue. The involvement of police,and other security forces, in systematic abuses of human rights in many developing countries, as well as in so called developed countries, has placed the control of police on a number of international agendas. More and more countries are experimenting with different forms of police accountability and many are turning to civilian oversight bodies in an attempt to improve the process. This book examines recent experiences with, and prospects for, civilian oversight. It looks at how this relatively new method of police accountability has been interpreted and implemented in a wide range of jurisdictions around the world. While looking at recent experiences in countries which have used the civilian oversight process for some years (the United States of America, United Kingdom, Northern Ireland and Australia), it also looks at recent attempts to establish civilian oversight bodies in South Africa, Israel, Central and South America and Palestine.Some chapters explain how, in several of these countries, oversight of police conduct is a fundamental governance issues, and relates to concerns about democratisation and rebuilding civil society. Other chapters deal with the complex issue of how to evaluate public complaints mechanisms and the political conditions that enable or frustrate the introduction and maintenance of effective civilian oversight.