Civil Society and Political Reform in Lebanon and Libya 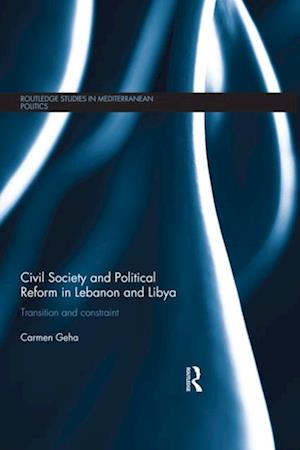 Lebanon and Libya have undergone critical political events in recent years. However, demands for reform from civic institutions during these transitions have not led to concrete political decisions. Civil Society and Political Reform in Lebanon and Libya reveals the deeply-entrenched historical patterns and elements of continuity that have led to path dependent outcomes in the political transitions of both countries. Motivated by personal experiences as an activist in Lebanon, the author draws together a wide range of data from participant observations, nation-wide surveys, interviews and focus groups in a careful analysis of these two civil society-led reform campaigns. The study demonstrates how the combination of weak states and power-sharing agreements marginalizes civic organisations and poses institutional constraints on the likelihood of reform.Written by an active participant in the political events discussed, this book offers new insight into two countries which present comparable and informative case studies. As such, it is a valuable resource for students, scholars and policymakers interested in civil society, politics and reform in the Middle East and North Africa.