Civic Catechisms and Reason in the French Revolution 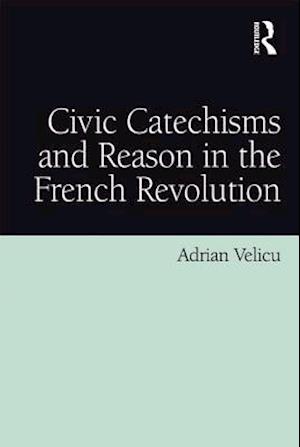 At the heart of the French Revolution there lay a fundamental paradox: how to liberate the minds of the people whilst simultaneously ensuring their loyalty to the new regime. It is an exploration of the facts and implications of this tension that forms the basis of this study, which reconstructs the intellectual world of the Revolution. The new radical regime attacked the old institutionalized forms of Catholic worship and instruction, yet retained the catechetical outlook with its dogmatic mindset as an important feature of political education. Catechisms not only conveyed information in an accessible manner, they also revealed the intellectual tendencies of those who favoured the genre. Civic catechisms were meant to play an important part of revolutionary instruction; they were the only category of texts repeatedly mentioned in the National Assembly and in various pieces of legislation, including education bills, and there were calls for a 'national catechism'. The status of the catechisms changed throughout the Revolution, and this study also investigates the degree of continuity of purpose across the period, as well as the catechisms' place alongside other texts such as speeches and bills. An important contribution to the literature on the intellectual history of the French Revolution, this book will also be of interest to scholars of rhetoric, education and the intellectual history of the eighteenth century, as well as to revolutionary studies in general.