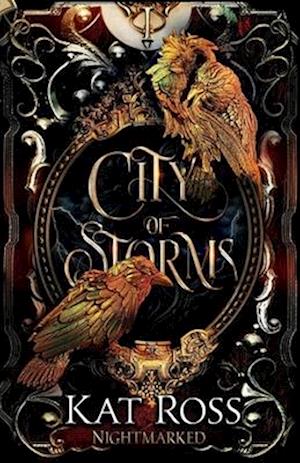 For the Shadow is a tight passage, a narrow door, whose painful constriction no one is spared who goes down the deep well.

After decades of civil war, the Via Sancta has declared victory over humanity's basest instincts. Anger, hatred and greed are suppressed by intricate Marks on the skin. Wards have tamed the wild psychic magic of the ley. Four of the six cities still stand, and if a few rebel Nightmages haunt the ruins of the other two, the Church has dismissed them as toothless.

Alexei Bryce is a priest in the storm-wracked southern capital of Novostopol. He hunts deviants whose Marks have inverted, driving them mad. When a prominent doctor violently turns, Alexei stumbles across a conspiracy at the highest levels of the Via Sancta. The trail leads to Kasia Novak, a tarot reader with dangerous secrets of her own. The cards say their fates are intertwined - but only if the threads aren't snapped short.

Now the ley is rising again. A Nightmage has infiltrated the city, bent on finding Kasia. And Alexei discovers that his faith's victory over the darkest recesses of the human soul is more fragile than he imagined.

What is your deepest desire? Money? Power? Revenge? Lust? I'll give to you.

Malach is many things. Corrupter of the pious. Survivor of the Via Sancta's bloody campaigns. Implacable enemy of all it stands for. He's primal desire made flesh, and the thing he wants most is a child. Half-bloods are fragile creatures, but if this one survives, it will be monster, a savior - or both.