City of Light, City of Poison

- Murder, Magic, and the First Police Chief of Paris 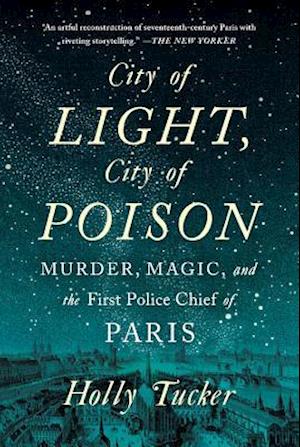 In the late 1600s, Louis XIV assigns Nicolas de la Reynie to bring order to the city of Paris after the brutal deaths of two magistrates. Reynie, pragmatic yet fearless, tackles the dirty and terrifying streets only to discover a tightly knit network of witches, poisoners and priests whose reach extends all the way to Versailles. As the chief investigates a growing number of deaths at court, he learns that no one is safe from their deadly love potions and "inheritance stews"-not even the Sun King himself. Based on court transcripts and Reynie's compulsive note-taking, Holly Tucker's riveting true crime narrative makes the characters breathe on the page as she follows the police chief into the dark labyrinths of crime-ridden Paris, the glorious halls of royal palaces, secret courtrooms and torture chambers in a tale of deception and murder that reads like fiction.