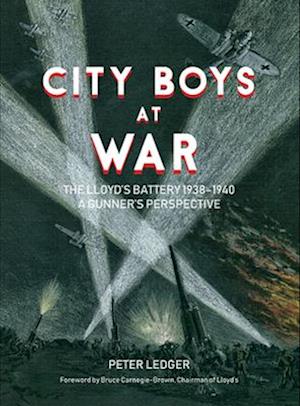 City Boys at War considers a campaign of just eleven months, from September 1939 to July 1940, viewed at the micro level - the perspective of a gunner, his wife, his family and his comrades. In 1938 Alfred Ledger joined the Lloyd's Battery of the 53rd (City of London) Heavy Anti-Aircraft Regiment, Royal Artillery, a Territorial Army unit based at White City. He was called up in August 1939. This book's narrative is based on letters between Alfred and his wife and the regimental histories. It starts with the so-called Phoney War, the months up to the German attack in the west ending with Operation Dynamo and the escape of the British army from Dunkirk. However, the events described here do not end on the beaches of Dunkirk but with a second, little known, rescue, Operation Ariel (also known as Aerial), the organised escape of allied troops and civilians from ports in Brittany and western France. Ariel was just as successful in its objective as Dynamo, rescuing 190,000 troops.Dunkirk has become part of British folklore. Ariel has been forgotten. As for Haddock Force, the units sent south to defend French military airfields in the event of RAF bombers using them as refuelling bases en route to bombing northern Italian cities, history moves into the realms of mystery. But it is these events that the narrative follows.