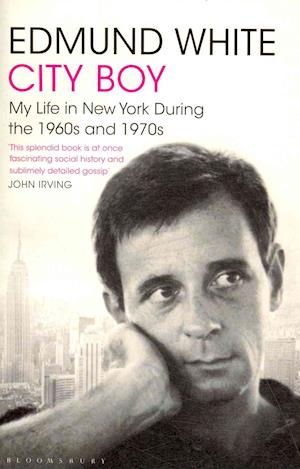 In the New Y ork of the 1970s, in the wake of Stonewall and in the midst of economic collapse, you might find the likes of Jasper Johns and William Burroughs at the next cocktail party, and you were as likely to be caught arguing Marx at the New York City Ballet as cruising for sex in the warehouses and parked trucks along the Hudson. This is the New York that Edmund White portrays in City Boy: a place of enormous intrigue and artistic tumult. Combining the no-holds-barred confession and yearning of A Boy's Own Story with the easy erudition and sense of place of The Flaneur, this is the story of White's years in 1970s New York, bouncing from intellectual encounters with Susan Sontag and Harold Brodkey to erotic entanglements downtown to the burgeoning gay scene of artists and writers. I t's a moving, candid, brilliant portrait of a time and place, full of encounters with famous names and cultural icons. CRITICAL PRAISE: "City Boy seems effortless in its tone; it is seamless, wise, funny and charming. The New York described in the book is history now, but history that has made an essential difference to the way we live now.Edmund White evokes the main players in the culture of the city, all of whom he knew, with clarity and with brilliantly-chosen detail and sense of the moment."-Colm Toibin

Forfattere
Bibliotekernes beskrivelse A New York Times Notable Book of 2009 An NPR Best Book of 2009 "In City Boy, White is amusing and raucous as ever but he also lets the mask slip... Some stories don't need to be embellished to glow." - New York Times Book Review, Editor's Choice