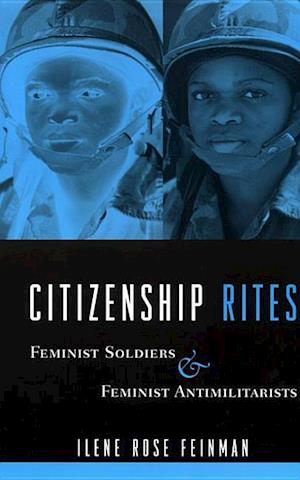 In the United States, the question of women in the armed services has been continuously and hotly debated. Among feminists, two fundamentally differing views of women in the military have developed. Feminist antimilitarists tell us that militarism and patriarchy have together pressed women into second class citizenship. Meanwhile, feminist soldiers and their advocates regard martial service as women's right and responsibility and the ticket to first class citizenship. Citizenship Rites investigates what is at stake for women in these debates. Exploring the perspectives of both feminist antimilitarists and feminist soldiers, Ilene Feinman situates the current combat controversy within the context of the sea change in United States politics since the 1970s-from ERA debates over drafting women to recent representations of military women such as the film GI Jane. Drawing on congressional testimony, court cases, feminist and antiracist political discourse, and antimilitarist activism, Feinman addresses our pressing need for an analysis of women's increasing inclusion in the armed forces while providing a provocative investigation of what this changing role means for women and society alike.