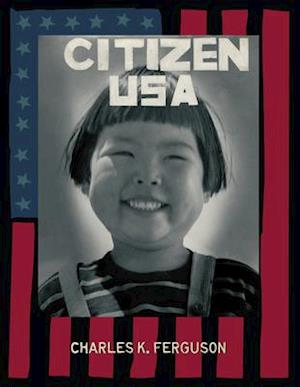 Once in a great while an important artifact is suddenly recognized as being so in sync with the times that it demands a wide and immediate audience. Citizen USA, from the permanent collection of the Japanese American National Museum (JANM) is such an artifact. The unpublished book was written in 1943 when the author, Charles Ferguson, was the Director of Adult Education at the Manzanar concentration camp where Japanese Americans were incarcerated. In words and photographs, the story chronicles the camp experience through the voice and perspective of a young sansei girl from Hollywood, California. She describes the routine of camp life as well as the fear and uncertainty about the future that she and her family face. At the book's conclusion she wonders, "Isn't America still democratic?" Produced in the form of a photo album, the unpublished work was never forgotten by the Ferguson family. After the author's death, his wife Lois donated the book to JANM in 2003. Seeing hard truths and difficult circumstances from a child's point of view is more relevant than ever before. We feel this story will resonate with audiences unimagined in 1943.