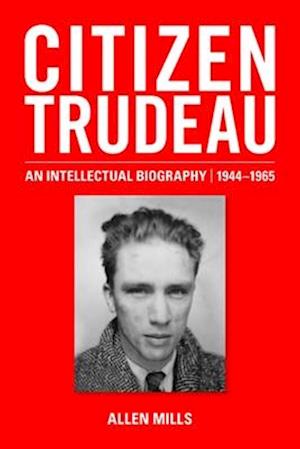 Pierre Elliot Trudeau was a man of deep intellect, of strongly held philosophy, and of bold - if not occasionally audacious - personality. He was no high-minded, distant philosopher-ruler however. A consummate pragmatist, Trudeau sought to be a moral man of action. This important work looks his intellectual evolution as a young man, in the years before he entered politics.Beautifully written, this biography also paints a fascinating, colourful and multilayered portrait of Trudeau. Born into a wealthy family, Trudeau's years among then-Jesuits at Brebeuf College in Montreal were formative, among other reasons for what would become his long-term interaction with Catholicism. Following law school at University of Montreal, Trudeau studied at Harvard in the US, at LSE in London, England, and at Sciences Po in Paris. Mills' considers the biggest influences onTrudeau, including Harold Laski, Jacques Maritain, and Emmanuel Mounier. Mills also recounts Trudeau's travels across the world throughout the 1950s, travelling in Europe, the Near and Far East, Egypt and Sudan, the USSR, Pakistan, India, Indonesia, Australia and New Zealand, regions in West Africa, Israel,Vietnam, Persia and Taiwan. A chapter considers Trudeau's evolving thought on Federalism and Nationalism, both internationally and in terms of Quebec and Canada. A chapter on Trudeau's moralism highlights his belief that politics requires individuals of conscience, who have the courage to speak frankly about their beliefs. Mills' biography shows us that understanding Trudeau the thinker is key to understanding Trudeau the politician, whose life was both a practical and a theoretical one. He was a cool political thinker who believed that clear analysis of political questions was essential to good governance.