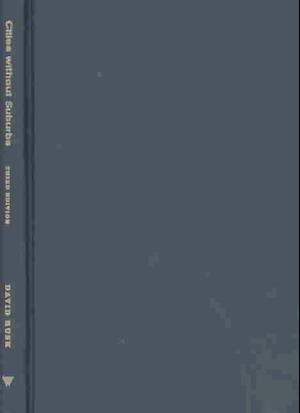 Cities without Suburbs, first published in 1993, has become an influential analysis of America's cities among city planners, scholars, and citizens alike. In it, David Rusk, the former mayor of Albuquerque, argues that America must end the isolation of the central city from its suburbs in order to attack its urban problems. Rusk's analysis, extending back to 1950, covers 522 central cities in 320 metro areas of the United States. He finds that cities trapped within old boundaries have suffered severe racial segregation and the emergence of an urban underclass. But cities with annexation powers--termed "elastic" by Rusk--have shared in area-wide development. This third edition is among the first books of any kind to employ information from the 2000 U.S. census. While refining his argument with this new data, Rusk assesses the major trends of the 1990s, including the perceived rebound of central cities, the impact of Hispanic and Asian migration, the growing similarities of older "inner-ring" suburbs to central cities, and the emerging influence of faith-based movements.New recommendations take account of growing restrictions on cities' annexation powers, even in the Southwestern United States, and of new opportunities for federal shaping of home mortgage programs and urban planning processes. Rusk's conclusion stresses cities' growing experience with building political coalitions in pursuit of development and growth.

Forfattere
Bibliotekernes beskrivelse An analysis of America's cities, first published in 1993. Extending from 1950 to data drawn from the 2000 US census, the book covers 522 central cities in 320 metro areas in the US. This edition assesses major trends in the 1990s.