Circulation of Poetry in Manuscript in Early Modern England 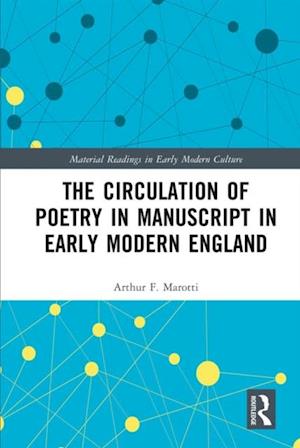 This study examines the transmission and compilation of poetic texts through manuscripts from the late-Elizabethan era through the mid-seventeenth century, paying attention to the distinctive material, social, and literary features of these documents. The study has two main focuses: the first, the particular social environments in which texts were compiled and, second, the presence within this system of a large body of (usually anonymous) rare or unique poems. Manuscripts from aristocratic, academic, and urban professional environments are examined in separate chapters that highlight particular collections. Two chapters consider the social networking within the university and London that facilitated the transmission within these environments and between them. Although the topic is addressed throughout the study, the place of rare or unique poems in manuscript collections is at the center of the final three chapters. The book as a whole argues that scholars need to pay more attention to the social life of texts in the period and to little-known or unknown rare or unique poems that represent a field of writing broader than that defined in a literary history based mainly on the products of print culture.