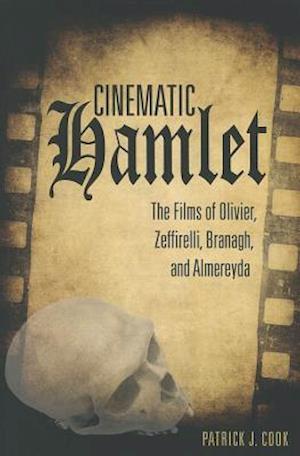 Hamlet has inspired four outstanding film adaptations that continue to delight a wide and varied audience and to offer provocative new interpretations of ShakespeareAes most popular play. Cinematic Hamlet contains the first scene-by-scene analysis of the methods used by Laurence Olivier, Franco Zeffirelli, Kenneth Branagh, and Michael Almereyda to translate Hamlet into highly distinctive and remarkably effective films. Applying recent developments in neuroscience and psychology, Patrick J. Cook argues that film is a medium deploying an abundance of devices whose task it is to direct attention away from the filmAes viewing processes and toward the object represented. Through careful analysis of each filmAes devices, he explores the ways in which four brilliant directors rework the play into a radically different medium, engaging the viewer through powerful instinctive drives and creating audiovisual vehicles that support and complement ShakespeareAes words and story. Cinematic Hamlet will prove to be indispensable for anyone wishing to understand how these films rework Shakespeare into the powerful medium of film.