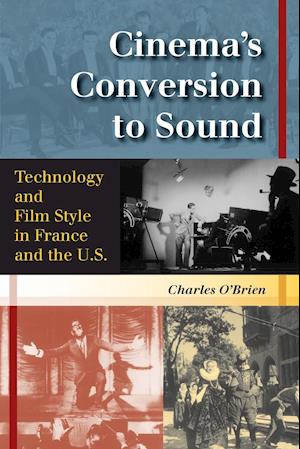 The conversion to sound cinema is routinely portrayed as a homogenizing process that significantly reduced the cinema's diversity of film styles and practices. Cinema's Conversion to Sound offers an alternative assessment of synchronous sound's impact on world cinema through a shift in critical focus: in contrast to film studies' traditional exclusive concern with the film image, the book investigates national differences in sound-image practice in a revised account of the global changeover from silent to sound cinema. Extending beyond recent Hollywood cinema, Charles O'Brien undertakes a geo-historical inquiry into sound technology's diffusion across national borders. Through an analysis that juxtaposes French and American filmmaking, he reveals the aesthetic consequences of fundamental national differences in how sound technologies were understood. Whereas the emphasis in 1930s Hollywood was on sound's intelligibility within a film's story-world, the stress in French filmmaking was on sound's fidelity as reproduction of the event staged for recording.