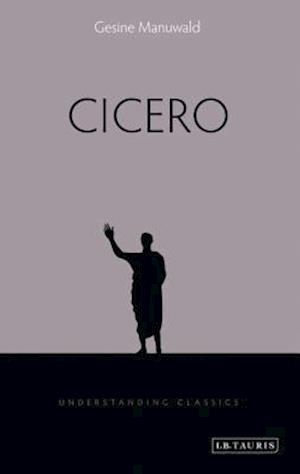 Marcus Tullius Cicero (106-43 BCE) introduced Romans to the major schools of Greek philosophy, forging a Latin conceptual vocabulary that was entirely new. But for all the sophistication of his thinking, it is perhaps for his political and oratorical career that Cicero is best remembered. He was the nemisis of Catiline, whose plot to overthrow the Republic he famously denounced to the Senate. He was the selfless politician who turned down the opportunity to join Julius Caesar and Pompey in their ruling triumvirate with Crassus. He was briefly Rome's leading man after Caesar's assassination in 44 BCE.And he was the great political orator whose bitter coflict with Mark Antony led to his own violent death in 43 BCE. In her authoritative survey, Gesine Manuwald evokes the many faces of Cicero as well as his complexities and seeming contradictions. She focuses on his major works, allowing the great writer to speak for himself. Cicero's rich legacy is seen to endure in the works of Quintilian and the Church Fathers as well as in the speeches of Harry S. Truman and Barack Obama.

Forfattere
Bibliotekernes beskrivelse Gesine Manuwald evokes the many faces of Cicero, as well as his complexities and seeming contradictions. She focuses on his major writings, allowing the great rhetorician to speak for himself. 6 integrated bw