The CIA and Congress

- The Untold Story from Truman to Kennedy 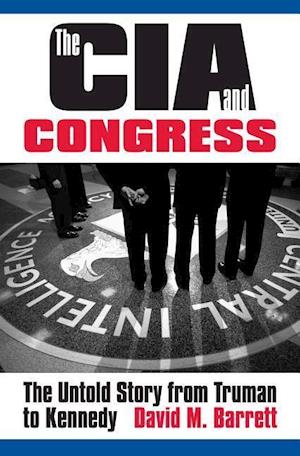 D.B. Hardeman Prize From its inception more than half a century ago and for decades afterward, the Central Intelligence Agency was deeply shrouded in secrecy, with little or no real oversight by Congress--or so many Americans believe. David M. Barrett reveals, however, that during the agency's first fifteen years, Congress often monitored the CIA's actions and plans, sometimes aggressively. Drawing on a wealth of newly declassified documents, research at some two dozen archives, and interviews with former officials, Barrett provides an unprecedented and often colorful account of relations between American spymasters and Capitol Hill. He chronicles the CIA's dealings with senior legislators who were haunted by memories of our intelligence failure at Pearl Harbor and yet riddled with fears that such an organization might morph into an American Gestapo. He focuses in particular on the efforts of Congress to monitor, finance, and control the agency's activities from the creation of the national security state in 1947 through the planning for the ill-fated Bay of Pigs invasion in 1961. Along the way, Barrett highlights how Congress criticized the agency for failing to predict the first Soviet atomic test, the startling appearance of Sputnik over American air space, and the overthrow of Iraq's pro-American government in 1958. He also explores how Congress viewed the CIA's handling of Senator McCarthy's charges of communist infiltration, the crisis created by the downing of a U-2 spy plane, and President Eisenhower's complaint that Congress meddled too much in CIA matters. Ironically, as Barrett shows, Congress itself often pushed the agency to expand its covert operations against other nations. The CIA and Congress provides a much-needed historical perspective for current debates in Congress and beyond concerning the agency's recent failures and ultimate fate. In our post-9/11 era, it shows that anxieties over the challenges to democracy posed by our intelligence communities have been with us from the very beginning.