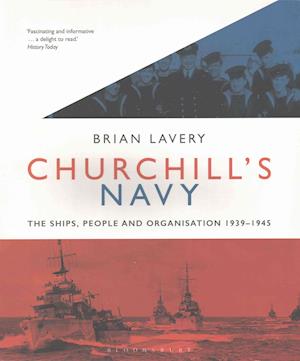 In this remarkable book, now reissued in paperback, Brian Lavery examines every aspect of the Royal Navy, both ashore and at sea, during the Second World War, and casts a lucid eye over the strengths and weaknesses of an organisation that was put under acute strain during the period, yet rose to the challenge with initiative and determination. Divided into twelve sections, the book delves into the structure of naval power from the Board of Admiralty and shore commands to officers and crews, their recruitment and training, daily life and discipline. The roles of the Reserves, Merchant Navy, Royal Marines and Wrens within this structure are also explained. Developments in ship design and technology, as well as advances in intelligence, sensors and armament are all discussed and set in context. The different divisions are dealt with one by one, including the Submarine Service, Fleet Air Arm, Coastal Forces, and Combined Operations. The text is complemented by over 300 illustrations and the personal accounts of those who served.

Forfattere
Bibliotekernes beskrivelse A fascinating and informative account of every facet of life in the Royal Navy during the Second World War. Black and white and colour photographs and illustrations throughout