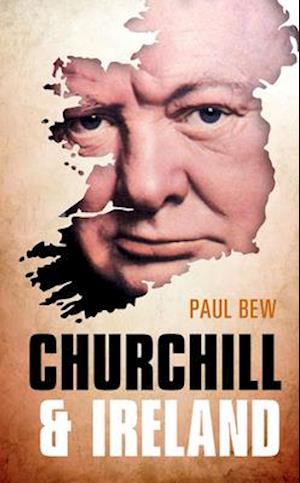 Winston Churchill spent his early childhood in Ireland, had close Irish relatives, and was himself much involved in Irish political issues for a large part of his career. He took Ireland very seriously - and not only because of its significance in the Anglo-American relationship. Churchill, in fact, probably took Ireland more seriously than Ireland took Churchill. Yet, in the fifty years since Churchill's death, there has not been a single major book on hisrelationship to Ireland. It is the most neglected part of his legacy on both sides of the Irish Sea. Distinguished historian of Ireland Paul Bew now at long last puts this right. Churchill and Ireland tells the full story of Churchill's lifelong engagement with Ireland and the Irish, from his early years as a child in Dublin, through his central role in the Home Rule crisis of 1912-14 and in the war leading up to the Anglo-Irish Treaty of 1922, to his bitter disappointment at Irish neutrality in the Second World War and gradual rapprochement with his old enemy Eamon de Valera towardsthe end of his life. As this long overdue book reminds us, Churchill learnt his earliest rudimentary political lessons in Ireland. It was the first piece in the Churchill jigsaw and, in some respects, the last.

Forfattere
Bibliotekernes beskrivelse The full story of Winston Churchill's lifelong engagement with Ireland and the Irish, now told for the first time. A long overdue book which at last addresses the most neglected part of Churchill's legacy on both sides of the Irish Sea. 10 black & white halftones; 2 maps