indgår i serie Churches of 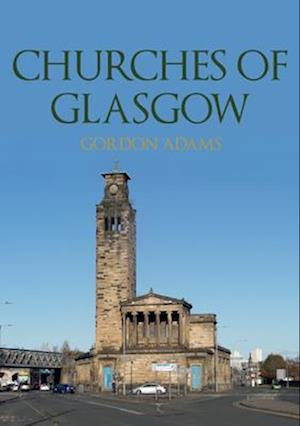 Glasgow has long been an important settlement on the River Clyde but it grew rapidly in the eighteenth and nineteenth centuries to become one of the largest cities in the world in that period. The largest seaport in Scotland, it was a major city in the Scottish enlightenment and the transatlantic trade brought wealth to the city. At the same time Glasgow was becoming an important industrial city, particularly in shipbuilding, engineering, chemicals and textiles, bringing in large numbers of people. Although many were relocated outside the city in the latter decades of the twentieth century, Glasgow's dynamic history is reflected in its diverse architecture and the heritage of its church buildings.In this book author Gordon Adams surveys the historic churches of Glasgow, outlining their story through the ages and picking out interesting features of each. The churches range from the elegant eighteenth-century St Vincent Street Church, to the intimate Govan Old Parish Church with its unsurpassed collection of medieval monument stones, the unique Queen's Cross, the only church built by Charles Rennie Mackintosh, and many more gems.This fascinating picture of an important part of the history of Glasgow over the centuries will be of interest to all those who live in or are visiting this fascinating city in Scotland.