Church and Crown in the Fourteenth Century 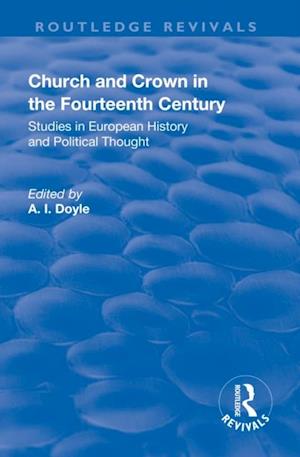 This title was first published in 2000: This second volume of studies by the late Professor Offler looks first at the interaction of the temporal and spiritual powers in Germany, Italy, France and England, especially in the earlier 14th century. A second focus is on the political works of William of Ockham, the editions of which represented a major part of Offler's work. Particular articles include an examination of the government of late medieval Germany, and the publication of two sermons by Pope Clement VI. The final piece, hitherto unpublished, provides an edition and study of the Latin version of the 'victory sermon' of Thomas Bradwardine, delivered in late 1346 before Edward III and the English army at the siege of Calais. The introduction, by L.E. Scales, discusses the present state of Offler's scholarship and is followed by a complete bibliography of his publications.