Chronicles of the Republic 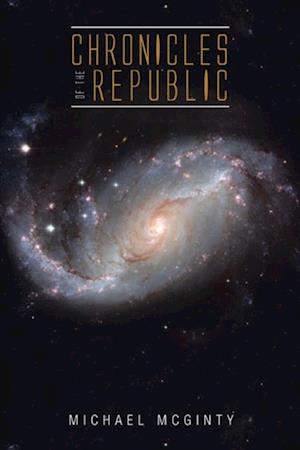 Chronicles of the Republic takes place at the tail end of a spiral galaxy, a cove in the galaxy three light years long and an uneven six months wide. The republic consists of ten solar systems in rough proximity within the cove. Over time, inter-planetary political, social and economic cooperation matured into a full-fledged political system, a republic, with a president, a bicameral legislature, a judicial system and a Fleet to protect its interests. The systems are bordered on one side by a belt of dust, rocks and small nomadic planets known as the asteroid belt. The belt is lawless, home to pirates who prey on shipping. The other border is thin wisp of dust which gives way to an open clear void running for more than a light year to another strand of the galaxys spiral. The outermost tip of the Republic is known as the Outer Region. This is the closest point of the Republic to the Sardos, who at that point are roughly a year away at light speed across the void. The Outer Region is home for the Fifth Fleet, several Fleet land bases and a population of prospectors and itinerants. The story is about how a successful and powerful Republic finds itself confronted by a military crisis. It begins just prior to the crises and follows the political, business and military leaders from peace to war. It is a story of people, social processes, politics, military action, the common mans view of events, and the lurching imperfect interactions of people that leads a society to its future.