- Translation in the Eighteenth Century 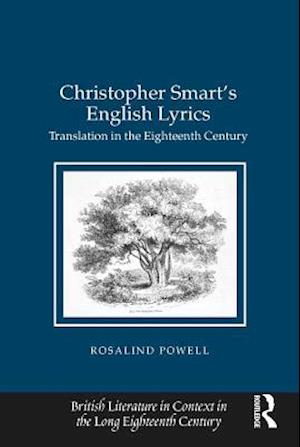 In the first full-length study of Christopher Smart's translations and the place and function of translation in Smart's poetry, Rosalind Powell proposes a new approach to understanding the relationship between Smart's poetics and his practice. Drawing on translation theory from the early modern period to the present day, this book addresses Smart's translations of Horace, Phaedrus and the Psalms alongside the better-known religious works such as Jubilate Agno and A Song to David. Five recurrent threads run throughout Powell's study: the effect of translation on the identity of a narrative voice in a rewritten text; the techniques that are used to present translated texts to a new literary, cultural and linguistic readership; performance and reading contexts; the translation of great works as an attempt to achieve literary permanence; and, finally, the authorial influence of Smart himself in terms of the overt religiosity and nationalism that he champions in his writing. In exploring Smart's major translation projects and revisiting his original poems, Powell offers insights into classical reception and translation theory; attitudes towards censorship; expressions of nationalism in the period; developments in liturgy and hymnody; and the composition of children's books and school texts in the early modern era. Her detailed analysis of Smart's translating poetics places them within a new, contemporary context and locality to uncover the poet's works as a coherent project of Englishing.