- 'Mary Midnight' and the Midwife 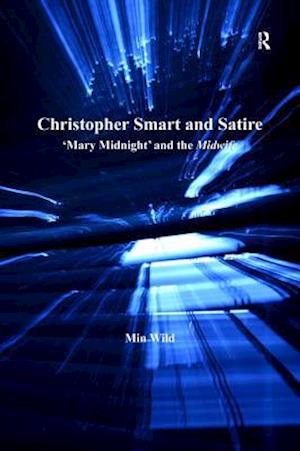 Christopher Smart and Satire explores the lively and idiosyncratic world of satire in the eighteenth-century periodical, focusing on the way that writers adopted personae to engage with debates taking place during the British Enlightenment. Taking Christopher Smart's audacious and hitherto underexplored Midwife, or Old Woman's Magazine (1750-1753) as her primary source, Min Wild provides a rich examination of the prizewinning Cambridge poet's adoption of the bizarre, sardonic 'Mary Midnight' as his alter-ego. Her analysis provides insights into the difficult position in which eighteenth-century writers were placed, as ideas regarding the nature and functions of authorship were gradually being transformed. At the same time, Wild also demonstrates that Smart's use of 'Mary Midnight' is part of a tradition of learned wit, having an established history and characterized by identifiable satirical and rhetorical techniques. Wild's engagement with her exuberant source materials establishes the skill and ingenuity of Smart's often undervalued, multilayered prose satire. As she explores Smart's use of a peculiarly female voice, Wild offers us a picture of an ingenious and ribald wit whose satirical overview of society explores, overturns, and anatomises questions of gender, politics, and scientific and literary endeavors.