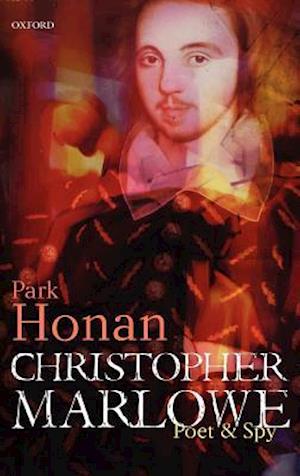 Christopher Marlowe: Poet & Spy is the most thorough and detailed life of Marlowe since John Bakeless's in 1942. It has new material on Marlowe in relation to Canterbury, also on his home life, schooling, and six and a half years at Corpus Christi College, Cambridge, and includes fresh data on his reading, teachers, and early achievements, including a new letter with a new date for the famous 'putative portrait' of Marlowe at Cambridge.The biography uses for the first time the Latin writings of his friend Thomas Watson to illuminate Marlowe's life in London and his career as a spy (that is, as a courier and agent for the Elizabethan Privy Council). There are new accounts of him on the continent, particularly at Flushing or Vlissingen, where he was arrested. The book also more fully explains Marlowe's relations with his chief patron, Thomas Walsingham, than ever before.This is also the first biography to explore in detail Marlowe's relations with fellow playwrights such as Kyd and Shakespeare, and to show how Marlowe's relations with Shakespeare evolved from 1590 to 1593. With closer views of him in relation to the Elizabethan stage than have appeared in any biography, the book examines in detail his aims, mind, and techniques as exhibited in all of his plays, from Dido, the Tamburlaine dramas, and Doctor Faustus through to TheJew of Malta and Edward II. It offers new treatments of his evolving versions of 'The Passionate Shepherd', and displays circumstances, influences, and the bearings of Shakespeare's 'Venus and Adonis' in relation to Marlowe's 'Hero and Leander'Throughout, there is a strong emphasis on Marlowe's friendships and so-called 'homosexuality'. Fresh information is brought to bear on his seductive use of blasphemy, his street fights, his methods of preparing himself for writing, and his atheism and religious interests. The book also explores his attraction to scientists and mathematicians such as Thomas Harriot and others in the Ralegh-Northumberland set of thinkers and experimenters. Finally, there is new data on spies and business agentssuch as Robert Poley, Nicholas Skeres, and Ingram Frizer, and a more exact account of the circumstances that led up to Marlowe's murder.