Christology and the Synoptic Problem 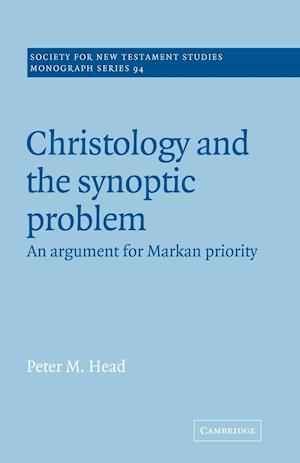 This book makes a major contribution to the ongoing debate about the synoptic problem, especially concerning the question of which gospel was written first. The scholarly consensus, developed over two hundred years of discussion, has favoured Markan priority and the dependence of both Matthew and Luke upon Mark. In an ongoing contemporary revival of the Griesbach hypothesis, some scholars have advocated the view that Mark used, conflated and abbreviated Matthew and Luke. The author explores the role played by arguments connected with christological development in support of both these views. Deploying a comparative redaction-critical approach to the problem, Dr Head argues that the critical basis of the standard christological argument for Markan priority is insecure and based on anachronistic scholarly concerns. Nevertheless, in a through-going comparative reappraisal of the christological outlooks of Matthew and Mark the author finds decisive support for the hypothesis of Markan priority, arguing that Matthew was a developer rather than a corrector of Mark.