Christmas in the Trenches 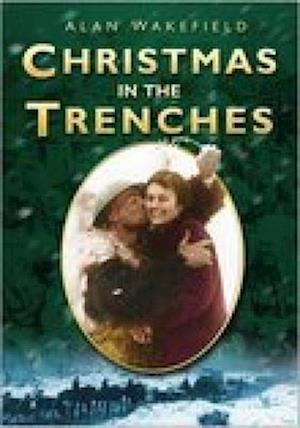 The outbreak of war in 1914 was greeted with euphoria by many in Europe, and it was widely believed that the conflict would be 'over by Christmas'. In the event, millions of men and women were destined to spend the first of four festive seasons away from their families and loved ones, many on active duty overseas on the front line. Amid the shortages, tedium and dangers of life in the trenches, those at 'the sharp end' remained determined to celebrate Christmas as a time of comradeship and community, a time when the war could be set aside, if only for a day. Alan Wakefield shows how Christmas was celebrated by British, Dominion and Empire troops in the front line on the Western Front, in the Middle East, the Dardanelles, Italy, Salonika and Africa, and the British intervention in Russia from 1918 to 1920. What was the weather like? What news, both of loved ones and about the war itself, was reaching the front line? What kinds of food - and drink - were available to those in the trenches? Textual and illustrative material for the book will be drawn from the Imperial War Museum Photograph Archive; personal recollections and interviews; contemporary newspaper articles, magazines, comics, leaflets and advertisements; and postcards and personal photographs.

Forfattere
Bibliotekernes beskrivelse Alan Wakefield has trawled the archives of the Imperial War Museum, National Archives and National Army Museum to provide a fascinating selection of first-hand accounts of the six wartime Christmases of the First World War.