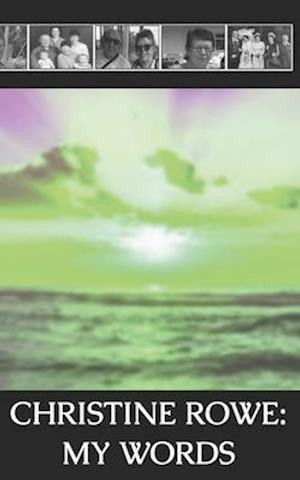 In February of 2021, my Aunt Chris was diagnosed with brain cancer. At first, the doctors were not sure what kind of brain cancer it was. After several tests, it was revealed that Chris had a common malignant and extremely aggressive cancer called glioblastoma. She was given a maximum of six months to live.

Three months later, in May, the cancer took her life. I'll not go into details of just how devastating an effect the glioblastoma had on my Aunt before she died, but it certainly was not a kind three months. Anyway, at her funeral, the vicar read out a poem that my Aunt had written as a teenager in the mid-sixties for her then boyfriend, a boyfriend that she would later marry and be with until her death.

I never knew my Aunt wrote poems, so I asked my family if three were any more, there were. An eclectic mix of traditional rhyming poems, free verse poems, folk songs and more. Covering a range of topics from typical teenage girl fantasies, friendships and even my Aunt's favourite band, The Rolling Stones. It was a wonderful window for me to peer into and see a side of my Aunt that I never knew existed.

With permission from my family, I have compiled my Aunt's poems and put them into a book, this book. Accompanying my Aunt's works are a selection of comments from various members of the family, a map of words that show just how much of an effect cancer has on everyone. Anger, bitterness, love and regret, A real mix of emotions felt thorough and entire family and an insight to how someone's life can change in the blink of an eye.

Originally, this book was just going to be a private memento for my family to treasure. But as the book developed, I thought it would be a great idea to make it public, sell it and give royalties to UK charity Brain Tumour Research. So by buying this book, you're not only getting a wonderful mix of original works, but helping out a much deserved cause.