- The Enemy Is Amoung Us 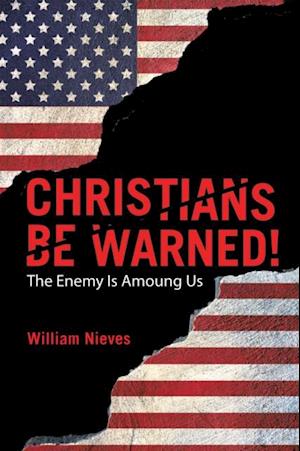 As Christians, we must not be participants to a political party that does not intend to serve its people but to rule over them. William Nieves makes the case that if you are calling yourself a Democrat, then you are assisting the enemy in deceiving. It is that simple. He explores how Democrats twist the truth by attacking President Donald J. Trump. Meanwhile, a complicit media uses its air time to poison the American people with hate and false information.President Trump has correctly labeled these news organizations as the 'enemy of the people' and 'fake news.' If we allow their hate to influence our thoughts, we cannot make fair judgements and will be on a wrong path. The fact that the majority of news outlets engage in deception is a strong indicator of the End of Days. The enemy knows his time is short and is working feverishly through the Democratic Party and the mainstream media to destroy our God-fearing nation. Christians Be Warned!