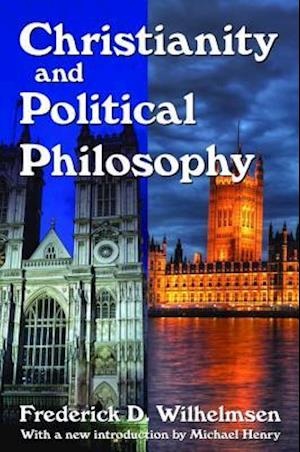 Each chapter in Christianity and Political Philosophy addresses a philosophical problem generated by history. Frederick D. Wilhelmsen discusses the limits of natural law; Cicero and the politics of the public orthodoxy; the problem of political power and the forces of darkness; Sir John Fortescue and the English tradition; Donoso Cortes and the meaning of political power; the natural law tradition and the American political experience; Eric Voegelin and the Christian tradition; and Jaffa, the School of Strauss, and the Christian tradition.Wilhelmsen is convinced that mainstream philosophy's suppression of the Christian experience, or its reduction of Christianity to myths, deprives both Christianity and philosophy. He argues that Christianity opened up an entirely new range of philosophical questions and speculation that today are part and parcel of the intellectual tradition of the West.Wilhelmsen remains relevant because political philosophy in America today is following the historic cycle of political philosophy's importance: as things get worse for the nation because it is internally riven by ideological and spiritual conflicts, there is a greater need for the political philosopher to raise and explore profound questions and reassert forgotten truths about man and society, the soul and God, and good and evil, as well as the ground of political order. This is the latest book in Transaction's esteemed Library of Conservative Thought series.