Christianity and Controversies over Homosexuality in Contemporary Africa 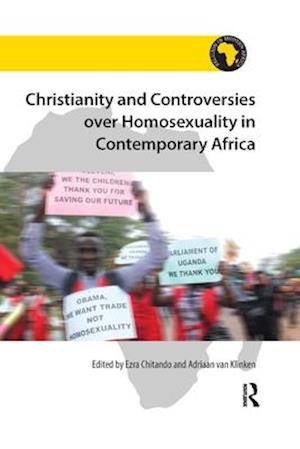 Issues of homosexuality are the subject of public and political controversy in many African societies today. Frequently, these controversies receive widespread attention both locally and globally, such as with the Anti-Homosexuality Bill in Uganda. In the international media, these cases tend to be presented as revealing a deeply-rooted homophobia in Africa fuelled by religious and cultural traditions. But so far little energy is expended in understanding these controversies in all their complexity and the critical role religion plays in them. Complementing the companion volume, Public Religion and the Politics of Homosexuality in Africa, this book investigates Christian politics and discourses on homosexuality in sub-Saharan Africa. The contributors present case studies from various African countries, from Nigeria to South Africa and from Cameroon to Uganda, focusing on Pentecostal, Catholic and mainline Protestant churches. They critically examine popular Christian theologies that perpetuate homophobia and discrimination, but they also discuss contestations of such discourses and emerging alternative Christian perspectives that contribute to the recognition of sexual diversity, social justice and human rights in contemporary Africa.