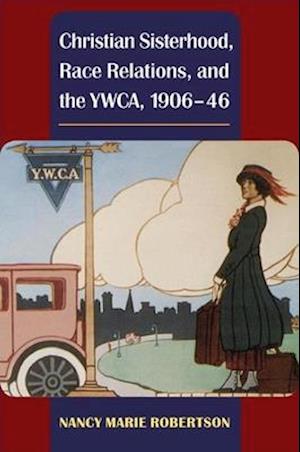 As the major national biracial women's organization, the Young Women's Christian Association (YWCA) provided a unique venue for women to respond to American race relations during the first half of the twentieth century. In Christian Sisterhood, Race Relations, and the YWCA, 1906-46, Nancy Marie Robertson shows how women of both races employed different understandings of "Christian sisterhood" in their responses. Although the YWCA was segregated at the local level, African American women were able to effectively challenge white women over YWCA racial policies and practices. Robertson argues that from 1906 through 1946, many white women in the association went from seeing segregation as compatible with Christianity and democracy to regarding it as a contradiction of those values. These struggles laid the groundwork for the subsequent civil rights movement. Her analysis relies not only on a large body of records documenting YWCA women at the national and local levels, but also on autobiographical accounts and personal papers from women associated with the YWCA, including Dorothy Height, Lugenia Burns Hope, Alice Dunbar-Nelson, Abby Aldrich Rockefeller, and Lillian Smith.A volume in the series Women in American History, edited by Anne Firor Scott, Susan Armitage, Susan K. Cahn, and Deborah Gray White