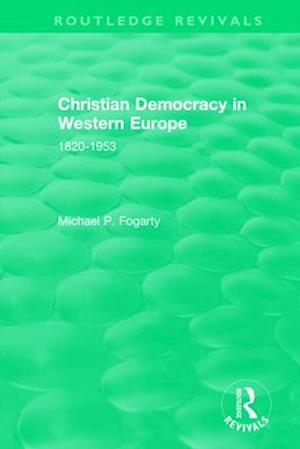 First published in 1957, this book is a detailed analysis on Christian Democracy, a movement backed by Protestants as well as Catholics, which has become one of the great social forces of Western Europe. It is strong in eight countries. The first half of Fogarty's book sets out what the many Christian-Democratic movements stand for. The second part of the book shows how these movements began, how they have grown, changed, and consolidated, and how they developed into the mid-20th century. This is a broad and useful survey which delves the history, nature and significance of the Christian Democratic movements in Europe. In Fogarty's analysis, Christian Democracy may indeed bring about a renewed unity of the Christian tradition in Western society.