Christian Agnostic: The Doubt Jesus Requires His Followers to Have 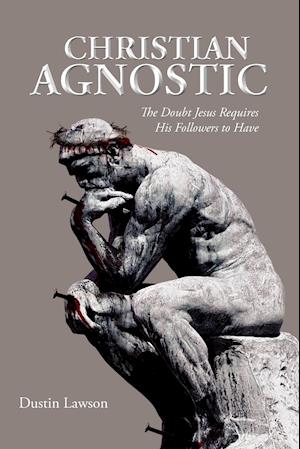 Could it be true that Jesus requires his followers to admit room for doubt in him? According to this book, yes. Lawson writes in Christian Agnostic, "Greatness, in order to be great, must have a great adversary. Who would Luke Skywalker be without Darth Vadar? Who would Rocky be without Apollo Creed? Who would Winston Churchill be without Hitler? Would we ever have known who David was without Goliath? What would faith be without doubt?" Where maybe no other religious book does, the Bible understands that even though faith and doubt are great adversaries, faith loves doubt because faith loves the fight and knows that it could not be great without uncertainty. More than that, the Bible sees doubt as an ally because it knows that if doubt could be eliminated and true certainty attained, then faith, the resource that fuels the Bible's followers, could not exist for there can be no faith where there is no doubt. The majority of the church, and the world at large, views faith as a resource that erases doubt and decides truth. This misconception has caused much of the Christian world, for most of its history, to embrace a method of searching for truth that is weak and lazy. This book shows that despite the church's mistaken belief about the nature of faith, the Bible understands how to search for truth with the legitimacy that only comes from having the courage to be honest about the room for doubt present wherever faith is used to believe and then being open to challenging one's own beliefs wherever that room for doubt exists. In recent decades, millions have walked away from the church because they think the Bible lacks credibility. What they do not realize is that the Bible has credibility, but that the Christian world holds back its legitimacy, instead choosing to unintentionally make the Bible appear weak because it refuses to embrace the more honorable method of searching for truth that the book promotes. Christian Agnostic will show the world many of the Bible's strengths that the church has been unknowingly concealing.