- Lessons from Jesus and His Controversies (Revised) 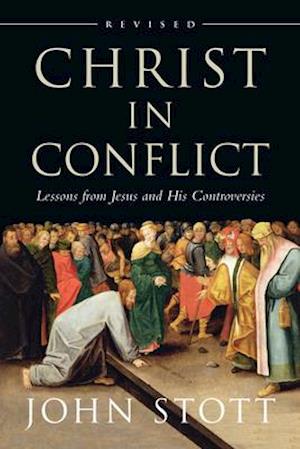 We often imagine Jesus as the ultimate peacemaker, as one who saw all sides and kindly overlooked differences of belief or practice. The Gospels say this was not so. Jesus drew sharp lines. He disagreed with many. He rejected being broadminded on a variety of topics. He engaged in vigorous debate, especially with several different groups of religious leaders. What conflicts did he have? He argued that we would experience a supernatural afterlife, that our natural existence is not all God has planned.He disagreed that human tradition should not supersede Scripture, our foundational authority. He clashed on whether the Bible was not an end in itself, contending that its purpose pointed beyond itself. He sharply articulated that God accept us by virtue of what we receive from him, not by what we do for him. These and other controversies clarify the core distinctives of the Christian faith which, John Stott boldly asserts, are nothing less than the distinctives of the evangelical faith. This text of Stott's classic, Christ the Controversialist, now edited by David Stone for the twenty-first century, was controversial when it was first published. It is no less controversial today.