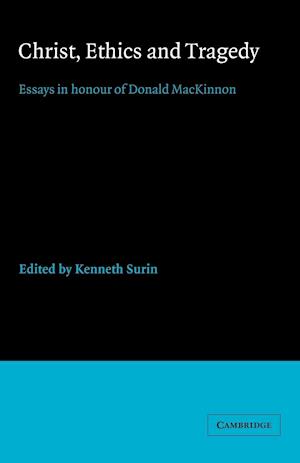 Donald MacKinnon, Emeritus Professor of Divinity at Cambridge, has been the most influential philosopher of religion in Britain during the twentieth century. His work has ranged widely, covering such topics as the metaphysics of Aristotle, the ethical significance of tragedy, Kant's epistemology, Christology, the relations between Marxism and Christianity, and trinitarian reflection. The essays in this volume constitute the proceedings of a conference on MacKinnon's work, held in Cambridge in 1986. They take as their starting point the writings of Professor MacKinnon, and are presented to him by colleagues, students and friends on his seventy-fifth birthday. This multi-contributor volume covers such topics as: the relation between Barth's theology and MacKinnon's thought; the controversy between realism and idealism; Trinity and ontology; incarnation and kenosis; the problem of evil; and MacKinnon and ethical reflections.