Choshu in the Meiji Restoration 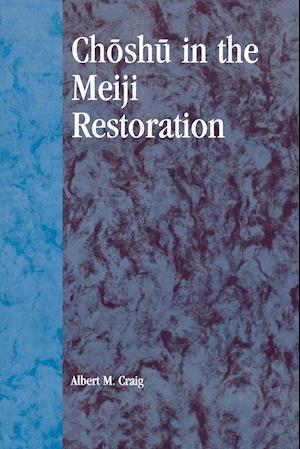 When Commodore Perry arrived in Japan to open the country to Western trade in 1853, he found a medieval amalgam of sword-bearing samurai, castle towns, Confucian academies, peasant villages, rice paddies, upstart merchants, bath houses, and Kabuki. Fifteen years later, Japan was on its way to becoming the only non-Western nation in the nineteenth century with a modern centralized bureaucratic state and industrial economy. This book is a study of the Meiji Restoration that changed the face of Japan. Prominent historian Albert M. Craig tells its story through that of the domain of Choshu-whose role in the formation of modern Japan was not unlike that of Prussia in Germany-during the fifteen crucial years between 1853 and 1868. Whereas previous studies have stressed the role of discontented lower samurai and frustrated rich merchants and peasants in this transition, claiming that they provided the motive power behind the political movements of the Restoration period, this work sharply challenges these earlier interpretations. Craig instead emphasizes the vitality of traditional values in Japan's early reaction to the West and foregrounds the critical contribution of the old society to the formation of the new Meiji state. Choshu in the Meiji Restoration is a seminal work for scholars and students of Japanese history.