Chinese Urbanism: Urban Form And Life In The Tang-song Dynasties 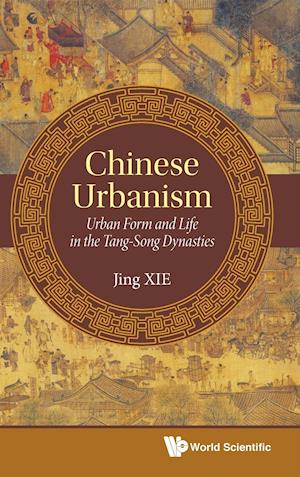 Since the 1990s, the urban landscape of China has witnessed revolutionary changes that are unrivalled in any country of the world throughout history. Rapid urbanization, facilitated by the modern planning mechanism for growth, provides a feast for property developers. Yet, associated urban problems such as housing affordability, traffic congestion, energy consumption, and environmental deterioration are aggravated. This book takes a historic approach to investigate the planning philosophy, urban form and life of the past. Through a detailed study of urban development from early times through the imperial period with a focus on the Tang-Song dynasties, this book attempts to articulate the good qualities of urban landscapes from the past that still have instructive value for modern practices. The focus on the Tang-Song period is not only because China was the most advanced civilization of its time, but also because it underwent a similar process of 'urbanization', evident by tremendous economic growth, a dramatic rise of urban population, and an extended building boom. Through evaluating the streets, city layout, public places, urban communities, houses and gardens, and using interdisciplinary research in urban planning, urban design, architecture, history, and cultural studies, this book asserts that the past is quintessentially important. The past not only truthfully records the course of social and cultural formation of urban community and its associated physical fabric, but also regulates the directions we may take in the future.