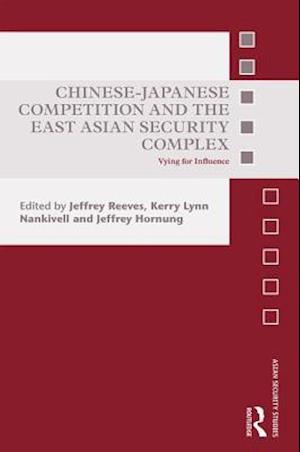 This volume examines contemporary diplomatic, economic, and security competition between China and Japan in the Asia-Pacific region. The book outlines the role that Sino-Japanese competition plays in East Asian security, an area of study largely overlooked in contemporary writing on Asian security, which tends to focus on US-China relations and/or US hegemony in Asia. The volume focuses on Chinese and Japanese foreign policy under President Xi Jinping and Prime Minister Shinzo Abe, and regional security dynamics within and between Asian states/institutions since 2012. It employs regional security complex theory as a theoretical framework to view Chinese and Japanese competition in the Asian region. In doing so, the volume draws on a "levels of analysis" approach to demonstrate the value in looking at security in the Asia-Pacific from a regional rather than global perspective. The vast majority of existing research on the region's security tends to focus on great power relations and treats Asia as a sub-region within the larger global security architecture. In contrast, this volume shows how competition between the two largest Asian economies shapes East Asia's security environment and drives security priorities across Asia's sub-regions. As such, this collection provides an important contribution to discussion on security in Asia; one with potential to influence both political and military policy makers, security practitioners, and scholars. This book will be of much interest to students of Asian politics, regional security, diplomacy, and international relations.