- Trans-Asian Urbanism in the Age of China 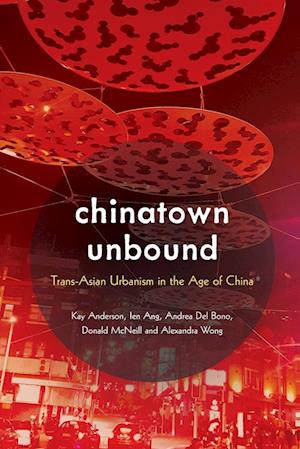 'Chinatowns' are familiar places in almost all major cities in the world. In popular Western wisdom, the restaurants, pagodas, and red lanterns are intrinsically equated with a self-contained, immigrant Chinese district, an alien enclave of 'the East' in 'the West'. By the 1980s, when these Western societies had largely given up their racially discriminatory immigration policies and opened up to Asian immigration, the dominant conception of Chinatown was no longer that of an abject ethnic ghetto: rather, Chinatown was now seen as a positive expression of multicultural heritage and difference. By the early 21st century, however, these spatial and cultural constructions of Chinatown as an 'other' space - whether negative or positive - have been thoroughly destabilised by the impacts of accelerating globalisation and transnational migration. This book provides a timely and much-needed paradigm shift in this regard, through an in-depth case study of Sydney's Chinatown. It speaks to the growing multilateral connections that link Australia and Asia (and especially China) together; not just economically, but also socially and culturally, as a consequence of increasing transnational flows of people, money, ideas and things. Further, the book elicits a particular sense of a place in Sydney's Chinatown: that of an interconnected world in which Western and Asian realms inhabit each other, and in which the orientalist legacy is being reconfigured in new deployments and more complex delimitations. As such, Chinatown Unbound engages with, and contributes to making sense of, the epochal shift in the global balance of power towards Asia, especially China.