- The Politics of International Bids 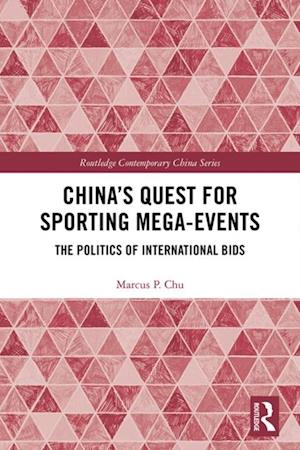 This book vividly elucidates the inseparable nature between politics and sport in China.The holding of sporting mega-events is viewed by the Chinese authorities as a prominent way to push forward the Reform and Opening up, arouse the patriotism among the public, and display national resurgence in the world. Chinese cities thus have keenly quested for the Olympics, the Asian Games and the World University Games since the 1980s. Theoretically, the President, the Premier and the central government should provide all-out support, so boosting the Chinese cities' odds of success. The reality yet shows that their attitude towards the bids vary from case to case. Through reviewing the 20 bidding cases, this book aims to demystify the reasons behind. The findings provide an in-depth account of (1) how domestic and international political factors determine the state leaders' blessing and silence as well as the central government's backing, indifference and opposition, and (2) how the bids for the sporting mega-events are used to serve the broader political goals of the Chinese authorities at home and abroad. Additionally, they shed light on the political strategies to boost the Chinese cities' chance of success, and the political reasons for their win, loss and discontinuation, in the bidding contests. The book will be a valuable resource for researches interested in the domestic politics and international relations of China.