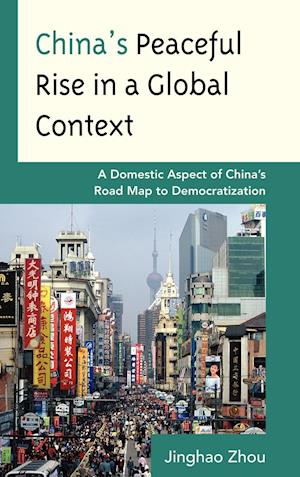 China's rise has become inevitable, but there is no agreement about whether China will rise peacefully or pose a threat to the United States. The author asserts that both theories of "China threat" and "peaceful rise" failed to address China's central domestic problem. Thus, both theories are not convincing. This book attempts to develop a third view of China's rise from a domestic perspective and contends that China's potential threat to the existing global order is not derived from her rapid economic growth and military expansion, but from her potential domestic chaos. A strong democratic China will contribute to the global peace, but the collapse of China will gravely threaten Western societies.The current Chinese political system directly contributes to this social instability and could possibly cause China's social crash. China's democratization is the key to ensure China's peaceful rise in a global context. However, the Party is still in power and any attempt to dissolve the one-party system in present day China has poor prospects. China must take a two-step, gradual reform approach to complete the transition from an authoritarian regime to a democratic one. In the two-step theory, the first phase for promoting China's democratization includes exercising freedom of media, increasing the consciousness of citizen participation, and enacting religious rights. Through all these democratic exercises, China will gradually be able to achieve a fully democratic society. This two-step theory is crucial for the United States if it is to enact effective foreign policy toward China and for China to develop a democratic harmonious society.