indgår i serie Geopolitics in the 21st Century 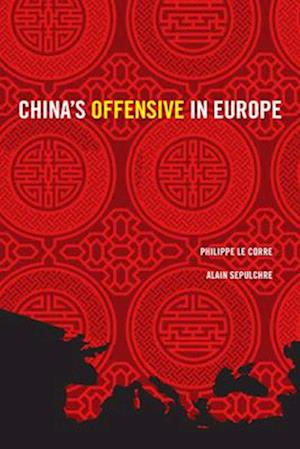 A portrait of Chinas new economic passion toward Europe.For years Chinas international investment interests focused on a search for natural resources in Africa, Asia, and Latin America. Recently Chinas focus has shifted to Europe as well as the United States, and to new fields as diverse as real estate, energy, hospitality, transportation, and heavy industry.Chinese foreign investment is expected to grow throughout Europe in the years to come. For instance, the financial crisis centered in Greece and the fall of the euro have helped China and some of its corporations create a new partnership within the European Union, working to expand the countrys power through finance and infrastructure.Chinas Offensive in Europe studies the trends, sectors, and target countries of Chinese investments in Europe. It looks at cases of outbound investment trajectories and journeys by some key Chinese private and state-owned companies. It also takes a look at European perceptions of China, a country with a very different history and very different traditions from the Western world.Philippe Le Corre and Alain Sepulchre examine how Chinas presence in Europe can serve as a benchmark to other developed economiesespecially the United States, which is also seeing a rise in Chinese investments.