- The Setting of New Directions 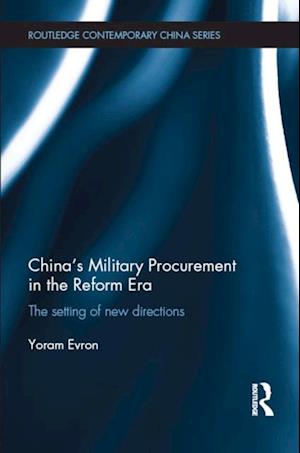 The decisions that shape the policy of weapons procurement are an important area of national security policy. This is all the more true for China, which during recent decades has vacillated between different sources and directions of military build-up.This book explores the politics of military procurement in China under the successive leaderships of Deng Xiaoping, Jiang Zemin and Hu Jintao. It shows how China's political and military leaders have sought to adjust military procurement policy to meet China's strategic objectives, to relate it to non-military needs, to strike a balance between the import of weapons and indigenous production, and to determine the connections between hardware and other components of military power. Exploring in detail five major shifts in the nation's military procurement, it traces the considerations and negotiations among China's civilian and military leaderships. By doing so, it offers both a conceptual framework and empirical grounds for evaluating the factors that shape China's military procurement directions, as well as their limitations, prospects, and operational implications.As the first book to study comprehensively and systematically the attributes shaping China's military procurement, it will be of great interest to students and scholars of Chinese politics, Chinese history and military and strategic studies.