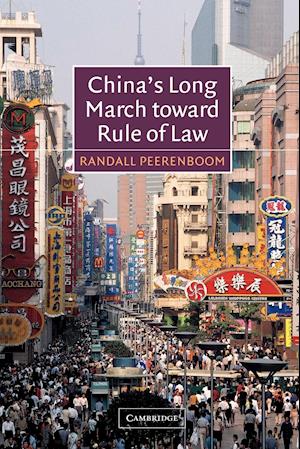 China has enjoyed considerable economic growth in recent years in spite of an immature, albeit rapidly developing, legal system, a system whose nature, evolution and path of development have been poorly understood by scholars. Drawing on his legal and business experience in China as well as his academic background in the field, Peerenboom provides a detailed analysis of China's legal reforms. He argues that China is in transition from rule by law to a version of rule of law, though most likely not a liberal democratic version as found in economically advanced countries in the West. Maintaining that law plays a key role in China's economic growth, Peerenboom assesses reform proposals and makes his own recommendations. In addition to students and scholars of Chinese law, political science, sociology and economics, this will interest business professionals, policy advisors, and governmental and non-governmental agencies as well as comparative legal scholars and philosophers.