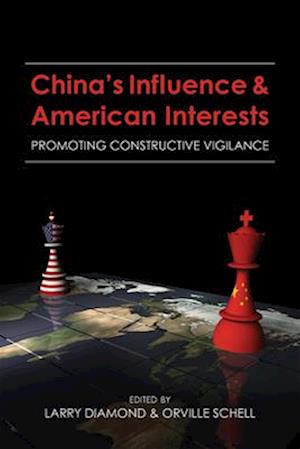 While Americans are generally aware of China's ambitions as a global economic and military superpower, few understand just how deeply and assertively that country has already sought to influence American society. As the authors of this volume write, it is time for a wake-up call. In documenting the extent of Beijing's expanding influence operations inside the United States, they aim to raise awareness of China's efforts to penetrate and sway a range of American institutions: state and local governments, academic institutions, think tanks, media, and businesses. And they highlight other aspects of the propagandistic "discourse war" waged by the Chinese government and Communist Party leaders that are less expected and more alarming, such as their view of Chinese Americans as members of a worldwide Chinese diaspora that owes undefined allegiance to the so-called Motherland. Featuring ideas and policy proposals from leading China specialists, China's Influence and American Interests argues that a successful future relationship requires a rebalancing toward greater transparency, reciprocity, and fairness. Throughout, the authors also strongly state the importance of avoiding casting aspersions on Chinese and on Chinese Americans, who constitute a vital portion of American society. But if the United States is to fare well in this increasingly adversarial relationship with China, Americans must have a far better sense of that country's ambitions and methods than they do now.